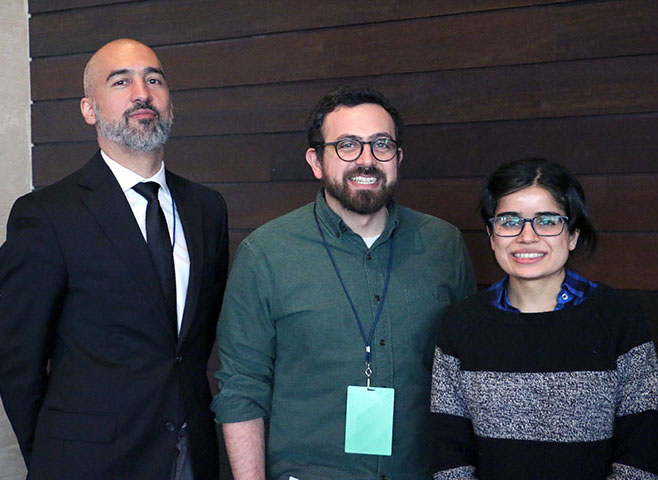 CUNY CLEAR Project to argue case before the Supreme Court

Today, the Supreme Court is considering whether Muslims are able to hold the U.S. government accountable for religious discrimination. The case, Tanzin v. Tanvir, was originally filed in 2013 by the team at CUNY CLEAR Project, a Pillars grantee partner.

The FBI placed three American Muslims on the No-Fly List in an attempt to make them spy on other Muslims, in violation of their constitutional rights. The men have lost their jobs, been marginalized in their own communities, and suffered in countless ways as a result of their refusal to be coerced.

“Our clients were placed or kept on the No-Fly List not because they posed any threat to aviation security, but as a way to coerce them to become informants on their own communities,” Kassem told the New York Times earlier this year.

The justices’ decision on Tanvir will affect the way Muslims—and all people—experience religious liberty in this country. It will also be a statement on they ways our government perpetuates discriminatory policing, surveillance and profiling.

Today’s case is just one of several examples of the ways Muslims in this country are standing up every day to uphold fundamental rights. Today also reminds us why it is so important to pay close attention to who sits on the Supreme Court and to fight for a clear and fair nomination process. At Pillars, we thank Ramzi, the entire CLEAR team, and their partners at the Center for Constitutional Rights for their enduring efforts and courage to ensure our communities have a voice at every level of the court system.

Pillars Fund Named One of Fast Company’s Most Innovative Nonprofits

We are thrilled to share that Pillars Fund has been named number seven on Fast Company’s Most Innovative Not-for-Profit Organizations list of 2021! First and foremost, this honor is a reflection of our community: the incredible work of our visionary grantees and fellows, the generous support of our trustees and partners, and the dedication of […]

There's still time to RSVP for this screening and discussion of "The Present", a powerful short film nominated for… (link)