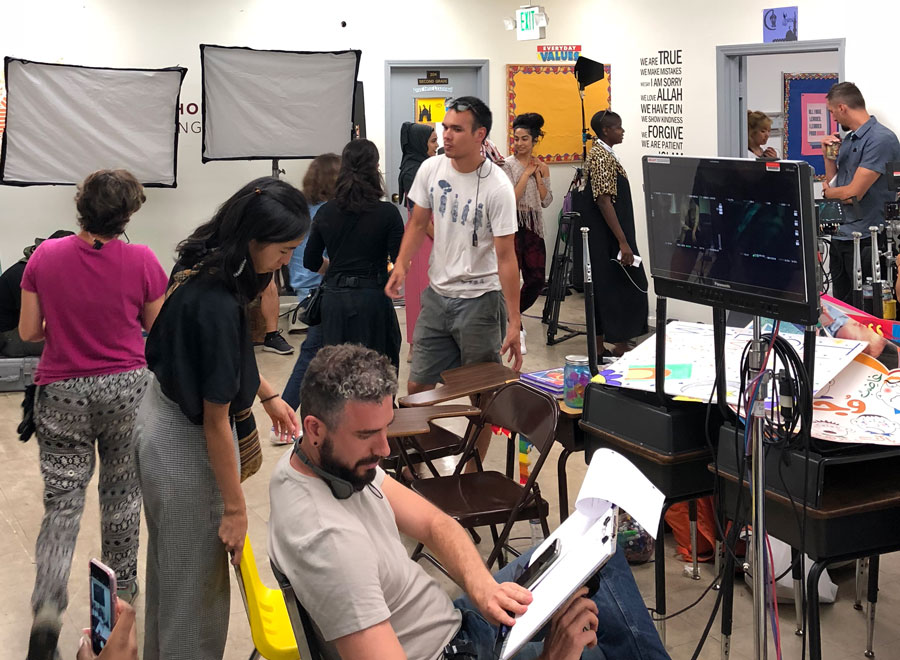 Muslims are Having a Hollywood Moment

On the last day of taping for a new 10-part Web series called East of La Brea, the cameras are set up at a local mosque for a scene about a 20-something black Muslim woman who’s praying. Suddenly her phone rings and the quiet space fills with raucous and racy lyrics from a pop song. Around her, older women shoot her shady stares.

This show is one example of what appears to be a shift in Hollywood. On TV and on online streaming services, Hollywood watchers say more Muslim characters than ever before are showing up in sitcoms and dramas. The characters they portray are more nuanced and more complicated than usual. In part, that’s because many Muslims themselves are writing these shows and characters.

East of La Brea is a show about being in your 20s and figuring out life against the gentrifying backdrop of Los Angeles, told through two main characters, roommates who are Muslim. But that’s not the entirety of the women’s storylines, says Sameer Gardezi, a Pakistani-American screenwriter and the creator of the show.

“I really feel like when people watch this it’s going to feel like [it is] an LA story,” Gardezi says. “Being Muslim is part of them, we don’t ignore that, but at the same time their problems aren’t necessarily faith based; they are based on other aspects that I feel are more relevant to what it means to lead an American life.”