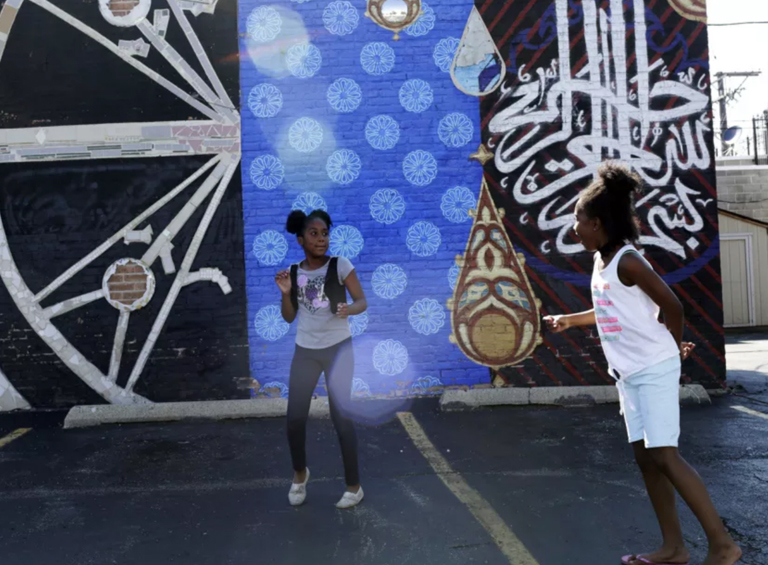 A Secret Weapon In The Fight Against Islamophobia

In Illinois, a mother’s heartache over her daughter’s autism led to a nonprofit that helps Muslims with disabilities. Out of Michigan, an activist network pushes Muslims across the nation to address racial injustices. And in California, a Muslim civic institute has trained more than 100 rising leaders.

Those three projects emerged in recent years as part of a boom in Muslim-led nonprofit work that counters ideas of Islam as foreign and dangerous. And all of them are connected by an invisible thread: Pillars Fund.

The Chicago-based charitable fund, whose name honors the five pillars of Islam, started seven years ago when a handful of wealthy American Muslims pooled their money and quietly began giving solely to nonprofit groups in the United States — no mosques, no overseas charities. Today, Pillars is emerging as a powerful, behind-the-scenes engine of Muslim activism, a secret weapon in the war against the multimillion-dollar “Islamophobia” industry.

Pillars donors rarely speak publicly about the fund; it’s unknown outside philanthropy circles, and that’s how they prefer it, out of privacy concerns as well as cultural traditions that frown on showy giving. In Pillars’ early years, nobody was sure it would even work, given all the potential pitfalls. There’s already a wariness about where charity dollars go, an issue seen most recently in questions about how the Red Cross and other agencies would handle donations to Texans dealing with the aftermath of Hurricane Harvey. When Muslims are involved in fundraising, however, that general wariness kicks into overdrive.

But the urgency of this moment, with anti-Muslim attacks on the rise and a demonstrated bias against Islam from the White House, is nudging Pillars into the spotlight.

In interviews with BuzzFeed News in Chicago and Washington, DC, Pillars officials spoke in depth for the first time about the fund’s mission and the many hurdles to harnessing US Muslim wealth.

For starters, Pillars is vulnerable to the same hostile climate it’s trying to change, with outsized scrutiny of its operations and smear campaigns against associates such as Women’s March co-chair Linda Sarsour, an outspoken civil rights activist who’s on the Pillars advisory board and who co-founded a Pillars grantee, MPower Change, an online Muslim organizing platform. Sarsour has faced right-wing attacks, including death threats and terrorist labels, for years based on her pro-Palestinian stances and charged social media posts.

If Pillars’ success continues, philanthropy experts say, it’s poised to become the first national Muslim community foundation, akin to Catholic Charities or Jewish Federation. Any missteps, however, could have a chilling effect on US Muslims’ ability to raise money or find big foundation partners for projects that guard civil liberties and promote community service.

The high stakes of this gamble mean sleepless nights for Pillars co-founder and Executive Director Kashif Shaikh, the son of Pakistani immigrants who left his steady job as a program officer with the billion-dollar Robert R. McCormick Foundation last year to work full-time for the fund. But there’s also what he calls “unbridled optimism” — a rarity among American Muslims these days — about the role he hopes Pillars will play in changing the national conversation about Islam.

“Muslims are so beaten down right now and it’s kind of like, ‘Am I welcome here? Am I really welcome here?’” Shaikh said. “And in those moments, you need to create your own spaces.”