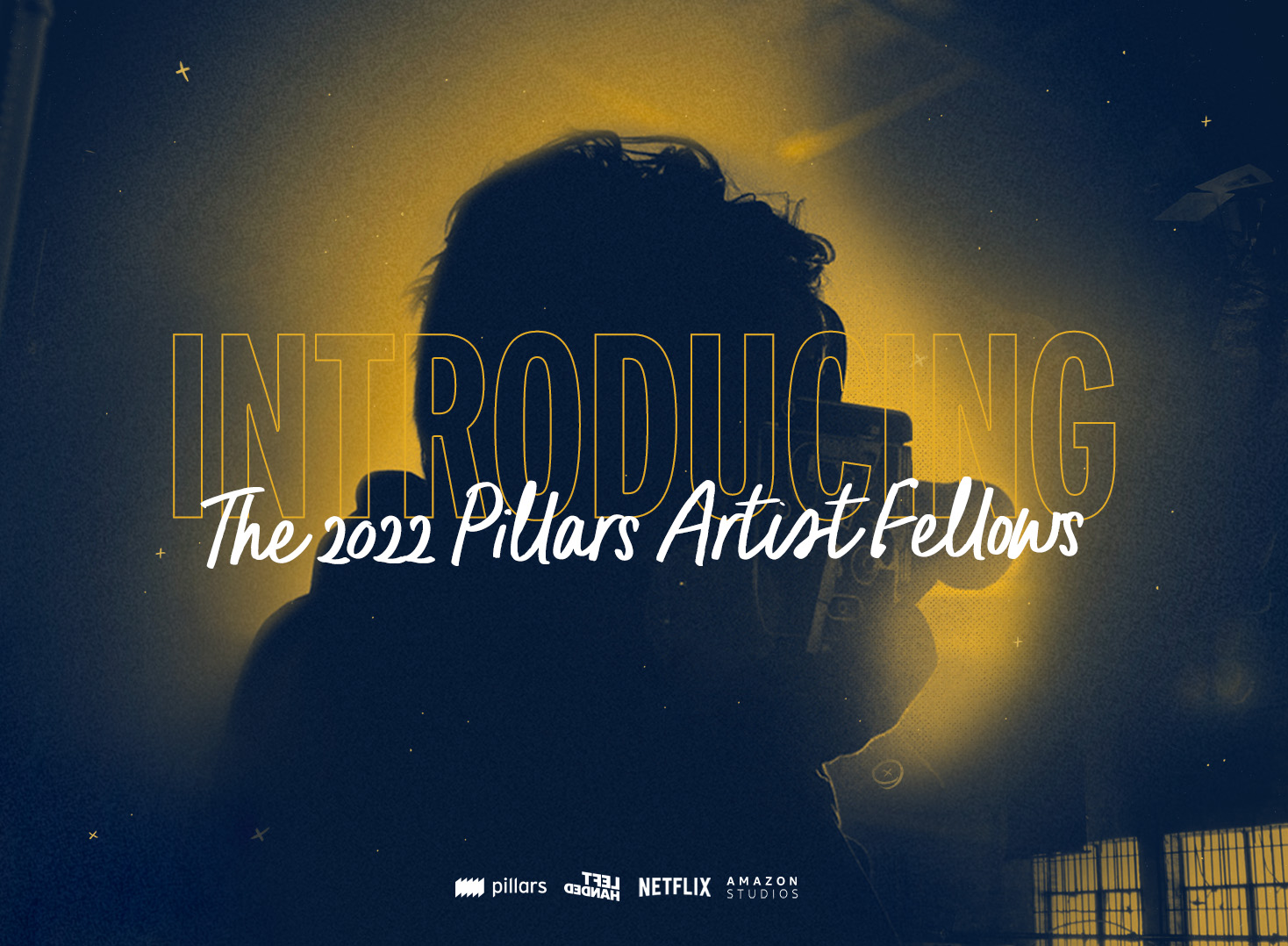 Pillars Fund, Riz Ahmed and Left Handed Films are thrilled to announce the inaugural cohort of the Pillars Artist Fellowship, an initiative sponsored by Netflix and Amazon Studios. Selected fellows include ten emerging Muslim directors and writers, seven from the U.S. and three from the U.K.

The Pillars Artist Fellowship champions and mentors Muslim directors and writers whose presence behind the screen will be game-changing for the film and television industries. In addition to an unrestricted award of $25,000, each fellow will receive mentorship from industry experts on how to navigate the business of Hollywood, professional development and creative guidance in their fields, and access to a trailblazing advisory committee of award-winning Muslim actors, directors, producers and writers.

The 2022 Pillars Artist Fellows include the following artists:

“We spent months getting to know many talented candidates for the Pillars Artist Fellowship,” said Kashif Shaikh, Co-founder and President, Pillars Fund. “We are honored to work with these incredible artists and are excited to provide them resources to reach even greater heights in the coming year.”

“There were hundreds of strong applicants from which this inaugural class of bold new voices was selected, crystallizing our belief that rectifying and reimagining Muslim representation in film means empowering Muslim filmmakers,” said Riz Ahmed and Allie Moore of Left Handed Films. “The talent is out there. Through the Pillars Artist Fellowship they will be supported in creating freely, navigating industry barriers, and building a community of peers and allies. We’re thrilled to see how their work will grow with the creative support and financial resources granted by the Fellowship, and the generosity of our sponsors, advisory board members, and creative allies.”

In addition to the financial award, the fellowship comprises eight months of programming, including retreats in London, New York and Los Angeles to learn, connect and create outside the boundaries of anti-Muslim bias.

“Muslims are the most racially and geographically diverse faith group in the world, and our inaugural cohort of Pillars Artist Fellows span multiple identities across race, age and gender and represent a range of experiences in their storytelling and points of view,” said Arij Mikati, Managing Director of Culture Change, Pillars Fund. “We are particularly proud to have six women among our ten fellows, who will bring an incredibly needed and valuable voice to writers’ rooms and decision-making spaces across the industry.”

The cohort members’ expertises span medium and genre, including fellows with experience in documentary, short film and feature film. Learn more about each fellow here.

The 2022 Pillars Artist Fellowship was generously made possible by: Netflix, Amazon Studios, A24, WarnerMedia

Pillars Fund amplifies the leadership, narratives, and talents of Muslims in the United States to advance opportunity and justice for all. Since our founding in 2010, Pillars has distributed more than $7 million in grants to Muslim organizations and leaders who advance social good. We invest in community-focused initiatives, push back against harmful narratives, uplift Muslim stories, and organize Muslim donors to give together strategically. Learn more at pillarsfund.org.

Left Handed Films is the production company started by Riz Ahmed, focused on stretching culture through telling fresh stories in bold ways. In January 2021, it was announced that Left Handed has a first-look television deal with Amazon Studios and hired former AMC exec Allie Moore to oversee production and development.

The company has two films currently nominated for 2022 Academy Awards, including The Long Goodbye which is nominated for Best Short Film and Jonas Poher Rasmussen’s Flee, which made history as the first movie to earn Oscar nominations for Best Animated Feature, Documentary Feature and International Feature. Their most recent film, Mogul Mowgli, directed by an exciting new voice in Bassam Tariq, won the Fipresci International Critics’ Prize at the Berlin Film Festival, was nominated for a BAFTA Award for ‘Best British Film’, and received six British Independent Film Awards nominations, with the film taking home ‘Best Debut Screenwriter’ for Ahmed and ‘Best Music’.

Left Handed Films has a wide-ranging slate of upcoming projects including an adaptation of Exit West for Netflix in partnership with the Obamas’ Higher Ground Productions and Joe and Anthony Russo’s AGBO, a reimagining of Hamlet, and the comedy series The Son of Good Fortune for Amazon alongside Lulu Wang’s Local Time.